Central European Startup Awards is a series of events to recognise and celebrate the startup ecosystems of the region by finding the bests in six categories. Nominations are open until 23rd April 2014.

The Startup Awards started as a concept in 2012 to provide a spotlight focus on startups in the Nordic region. In 2014 the spirit spreads over the Central European region as well, bringing together the whole startup ecosystems of the region, and to place it on the map as a leading centre for innovation.

CESA is looking to find the bests of the region in six categories: Startups, Founders, Investors, Service Providers, Developer Heroes, and Designer Startups. Nominations are open until 23rd April.

Shortly after the closing of the nomination a period of public voting will begin, where all nominees will have the chance to gather the support of their communities. The results will weigh in on the final decision of the Jury.

National award ceremonies will be organised in the first two weeks of May by ambassadors in each participating country: Poland, Czech Republic, Slovakia, Austria, Hungary, Serbia, Romania and Bulgaria. The campaign will lead to a Grand Finale held in Budapest on 30th May at the amazing venue of Google Ground, the unique competence and education centre of Google in Europe, where the winners of the region will gather for the awards ceremony.

CESA is a collaboration between entrepreneurs from the region and the founders of Nordic Startup Awards. The two events share the executive team as well as a cross regional Advisory Board and Jury with the goal of also building a bridge between the two regions. 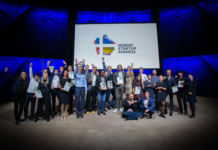 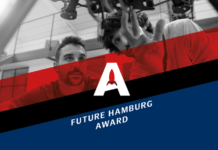 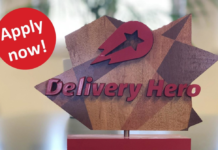 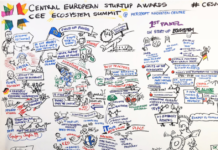