Anne Pasdeloup, founder of the idea “I Love Me” graduated as a psychologist and while working at a Psychiatric Hospital she realized how dependent people with mental problems are on healthcare professionals. If they could have recognized their symptoms earlier, they would have prevented them from getting worse. She teamed up with her co-founder, Eva Faas (who is also a psychologist and the chief text editor) about a year ago, and with Anouk Hovels (also a psychologist and text writer) to make their dream come true.

EU-Startups: How should we imagine this tool that you have been working on?

Anne: “I Love Me” will be a mobile application to help people prevent and even solve some of their psychological problems by gaining more insight and offering useful tips on how to actively work on their recovery. Governments in many countries spend less and less money on healthcare, this app helps increase the independence of people and it gives them the opportunity to take their mental wellbeing into their own hands.

EU-Startups: How does it work in practice?

Anne: The app starts with a evidence based questionnaire, which covers the entire spectrum of psychological disorders. It is developed to give a personal overview of the categories which are applicable to the user and it indicates in which category the main problems lie. If you have for example a sleeping disorder and a stress disorder, it also indicates the interaction between the two. Furthermore, the app offers a library, containing information on all the psychological disorders and usable tips on how to deal with these problems. The build-in moodtracker will help gain insight in what (external) factors are sustaining the problem and which ones are part of the solution. It also offers a forum where people with the same kind of issues can share their experiences and thus help each other.

EU-Startups: Where are you now? How far have you got?

Anne: We have the questionnaire prepared and the content developed, meaning the copywriting itself. The next step will be the mobile application, but we need money for that, so we have been running a crowdsourcing campaign on Indiegogo, which is still ongoing. 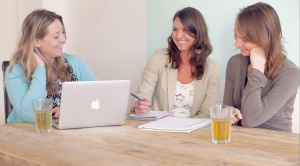 EU-Startups: What are your goals to achieve?

Anne: We would like the mobile application to be developed this year, then make it global with the primary focus on the US and Europe. Regarding the business model: “We would like to keep it free for the users, if it works and people are interested, we may involve real-time coaching services by specialists who give a share from their paid services. We already have a team of experienced coaches and psychologists ready to participate.”

EU-Startups: Your initiative does sound like an uncovered solution for a growing human need on the market which can even save lives, so let us wish you all the best to make it live as soon as possible. 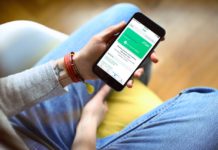 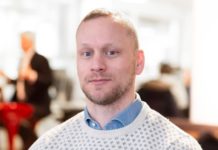 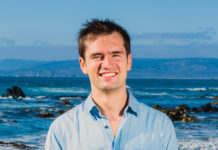 “Remote-first working could be a paradigm shift similar to the industrialization age̶...