Books have the power to transform lives and businesses. With our section “The favorite books of…” we inform you once in a while about the favorite books of some of the most successful Internet entrepreneurs. Today we’re looking at the bookshelf of Jeff Weiner and Marc Benioff:

Jeff Weiner (CEO of LinkedIn): In an interview with Bizjournals.com in 2013 he mentioned the two books that have had the biggest influence on him. Number one is “The Art of Happiness” by the Dalai Lama. Jeff Weiner said: “That’s where I learned the true definition of compassion and the difference between compassion and empathy and how important it is to aspire to live compassionately and manage compassionately.”

The other book he mentioned is “Being Digital” by Nicholas Negroponte. In 1994, Jeff had just gotten a job at Warner Bros. in the corporate development group. He was reading this book at the time and one of the key points the book was making was everything that can be converted from an atom to a bit will be. He stated: “So I looked around Warner Bros. and thought, well, that’s going to have some pretty serious implications for a studio and for media.”

What you probably did not know about Marc Benioff yet ist that he has an affinity towards Eastern philosophy. He meditates and practices yoga. One Marc Benioff’s favorite books is Sun Tzu’s “The Art of War“. The Art of War is an old Chinese military treatise attributed to Sun Tzu, a high-ranking military general, strategist and tactician. Each of the 13 chapters is devoted to one aspect of warfare. 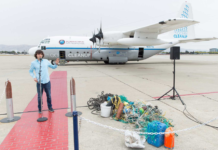 Delft-based The Ocean Cleanup raises $21.7 million from Marc Benioff, Peter Thiel and others to...

The favorite books of Dave Morin and Jason Fried