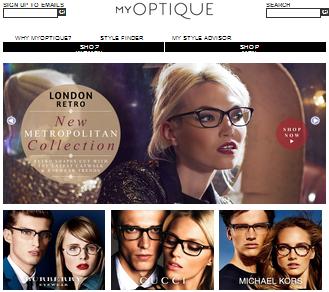 The MyOptique Group, which is headquartered in London, includes several ecommerce properties in the online optical market and was rebranded from Prescription Eyewear Ltd earlier this year to reflect that it is now a full service optical provider across all key categories. Launched originally in 2005 as Glasses Direct, it acquired Sunglasses Shop, on of Europe’s largest premium online sunglasses retailer, in 2011. A year later the group launched MyOptique.com, a highly curated premium optical boutique, and also acquired LensOn AB, the leading online contact lenses retailer in Northern Europe. The company has also developed two leading eyewear brands, London Retro and Scout, which are the fastest growing brands on Glasses Direct and which will be further developed as part of the expansion plans.

This year the group, now in its second year of profitability, is expected to achieve Gross Retail Sales of revenues of over £35 million ($57m). The past 12 months has seen the launch of sunglasses and prescription eyewear on LensOn in the Nordic market, the launch of LensOn contact lenses into the UK market, and the introduction of a new London Retro Collection, titled Metropolitan. The optical business of MyOptique Group already spans eight European markets and the company has served over 800,000 customers so far.