Lifecake, a London-based startup that helps busy parents quickly organize and privately share photos and videos among family and friends, today announced it has raised $1.1 million in a seed funding round led by Balderton Capital. Since its creation in 2012, Lifecake’s app has attracted a strong and passionate inaugural user base of parents around the world, a third of whom are in the United States.

Offering a beautifully designed timeline, which automatically sorts photos and highlights the most engaging moments, Lifecake creates a personalized ad-free space for the family to enjoy. It alerts users via a mobile app or email when new photos have been added, and users can view and leave comments via smartphone, (iPhone or Android), iPad or computer. Lifecake will give users space for 1,000 photographs and an hour’s high quality video for free and following that will invite users to become VIP’s for just $4.99  or £2.99 per month.

“Mums and dads are often reluctant to share photos and videos on Facebook and other social platforms, due to privacy and trust issues,” said Nicholas Babaian – the CEO of lifecake. He continued: “Now, they have a secure and intimate place to share only with those who truly care.” 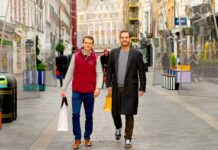