Gawker Media – from Gizmodo to Kinja 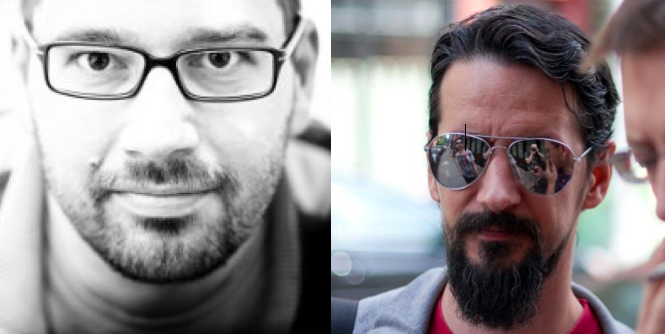 It was a rainy Monday afternoon when I had the lunch with Keki and eszpee at the restaurant called Platz in Budapest downtown.

EU-Startups: Let me start with this: what is Gawker Media?

eszpee & Keki: We are an US-based media/tech company, running 8 successful blogs in the states: Gizmodo, Lifehacker, Gawker, Kotaku, Jalopnik, Jezebel, io9 and Defamer, and one blog in Hungary, cink.hu. These blogs are edited by Gawker Media employees, while the company itself is in a transition to become a tech company with their proprietary blog platform called Kinja. Our most actual challenge is to create a platform out of this blog engine.

EU-Startups: What is your story?

eszpee & Keki: Everything called Gawker Media was started up by Nick Denton, who used to be the Hungarian correspondent of Financial Times back in the ’90s being half Hungarian (and speaking the language fluently). He launched Gizmodo back in 2002 from his own apartment in London, which became really popular in a short run. The original blog had been running on movable type until 2005, when we got to the point to start creating our own platform. Nick decided to build the development company in Budapest. Soon he found his first developer, Keki who was working at index.hu that time. Then we slowly started hiring more developers and moved to our own office.

EU-Startups: What is your financial background? Have you raised money?

eszpee & Keki: We do not have VCs in the background, Gawker Media has been build on Nick’s own money, some of his friends are also involved though. Nick has always been into the job itself deeply, still working closely with the developer team.

EU-Startups: What’s the size of the company? How many people do you have?

eszpee & Keki: We have around 150 people all together, most of them are based in New York, covering mainly content generation and sales, while some 10 tech guys are also located over there: developers, sysadmins and the CTO himself, Tom Plunkett. In the Budapest company we have roughly 30 people and we work with several freelancers globally, even in Japan.

EU-Startups: What have been the most important milestones in your growth?

eszpee & Keki: Our growth has been rather organic, we cannot really mention significant milestones. The role of the Budapest office has been increasing slowly, we hired the first non-tech employee here in 2010 focusing on sales support.

EU-Startups: Could you tell a bit more about Kinja, your own blog engine?

eszpee & Keki: We switched off the former blog engine (Movable Type) completely in 2008 and started using our own homegrown blog engine, Ganja only for our own purposes, back then it was a closed platform serving purely our own blogs. The reason for changing was our need for a more interactive communication between the editors and the readers, to enhance discussion between them. It was in 2006, remember, there was no Facebook that time 🙂 The solution had become smooth and easy-to-use by 2010, which also generated an increasing number of inquiries from 3rd party blog owners for licensing and using the platform. So we said: why not build a public platform, and created a new engine called Kinja from scratch.

EU-Startups: What makes Kinja so popular? Are you not worried about Facebook integration?

eszpee & Keki: The unique selling point is obviously the integrated, controlled conversation solution. With Kinja users get the ability to create their own blogs, replacing the old profile system. Replies and posts all aggregate on the user’s personal blog. About Facebook: our solution has a completely different approach (to mention just one example: we value anonimity), and blog owners like having the control over their content.

EU-Startups: Thank you for your time, hope to hear back from you again soon.