Wayra, Telefónica’s international startup accelerator, has revealed that it has helped entrepreneurs secure investment of almost €30m since it was set up in 2011. Figures released by the Wayra show that it has invested €9.4m directly into startups, which has led to follow on backing from third parties worth more than €20m. 295 startups have been through the programme to date, of which 274 are still in business.

Wayra’s progress report coincided with the accelerator announcing a new call for digital projects in key markets including Germany. The businesses that Wayra chooses to accelerate focus on using the internet and new technologies to innovate. Wayra is open to applications from a wide range of digital start-up businesses and is not exclusively focussed on the telecommunications sector. In the latest call, entrepreneurs from all over the world have until midnight on October 20th to apply for a place in one of the eight Academies included in this call.

After passing an exhaustive selection process, the selected finalists take part in the acceleration programme giving them an investment of up to €40,000, devoted mentors, a space for their team to work at the Wayra Academy in Munich and potential access to the Telefónica Group’s businesses and contacts. In return for this, Wayra will take a convertible loan note in the business that they will exchange for between 7% and 10% equity during a later investment round. Entrepreneurs will also join Wayra’s investor, partner and expert network in different parts of the world.

Simon Devonshire, director of Wayra Europe, said: “In this next call we look forward to welcoming all startups, but in particular we’d like to see more startups working in the fields of big data and media/advertising, as we see these as two key markets for development in the coming 12 months.”

Meet the accelerator programme that boosts the environmental and social impact of growing start... 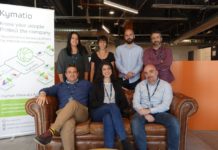 4 recommendations to get you in Maze X startup accelerator (Sponsored) 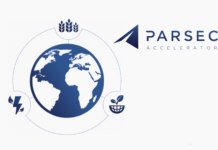