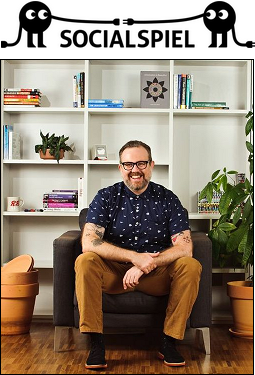 Socialspiel, a social and mobile games startup based in Vienna, Austria today announced a six-figure angel round led by FLOOR13, and joined by Austrian & US games industry veterans Clemens Beer and Mike Borras.

In conjunction with the financing, Beer, previously a Lead Developer at Rockstar Games and currently CEO of Tupalo.com, will join Socialspiel’s Board, with Borras joining the Socialspiel Board, and taking on day to day duties as CEO. Socialspiel’s games have reached hundreds of thousands of players worldwide and this funding will enable Socialspiel to continue growing the company’s development teams to supercharge production of the startup’s new mobile games and co-development projects.

Commenting on the news, Helmut Hutterer, Socialspiel co-founder and COO, said: “I’m extremely excited about the future of cross platform free to play games and with Mike joining the team plus the experience, talent, and technology we’ve built during the past few years, we’re going to continue growing Socialspiel into one of the industry’s rising stars.”

Mike Borras, co-founder of Tupalo.com and the new CEO of Socialspiel added: “After working with Helmut on some of the greatest games in history during our time at Rockstar Games, and advising Socialspiel since its foundation, I continue to be amazed at the incredible, high quality games our small team is producing. Helmut and the Socialspiel team have come a long way and it’s an honor for me to come on board and contribute where I can to our strong growth moving forward.”

By the way: Back in 2011 we did an interview with Mike Borras and Helmut Hutterer.