Cloud infrastructure-as-a-service startup Zimory has raised a round of funding ($20 million) from the financial services giant that runs the Frankfurt Stock Exchange, Deutsche Boerse, as well as Deutsche Telekom’s venture arm T-Venture. Visit GigaOm to find out more.

The final 11 startups of the latest selection process for Startupbootcamp Berlin have just been announced. They will now go on to the 3-month accelerator program to develop their ideas and products (from unborn baby monitoring and film location discovery to messasge translation and a universal inbox). Learn more about the selected candidates and visit SiliconAllee.com.

Founder2be, the Helsinki-based co-founder finding network, is now operating in more than 100 countries, having expanded to accept would-be co-founders living in Africa and Australia. Oliver Bremer, told TechCrunch it now has more than 15,000 registered users. In January of 2012 he told EU-Startups.com in an interview about “over 6,000 founders2b2.

The London-based Music and TV discovery service Shazam has closed a new $40 million round of funding. Shazam, which now has 325 million users, initially began as a service that allowed you to recognize and determine what you were listening to using the audio. Check out the full story on TechCityNews.com. 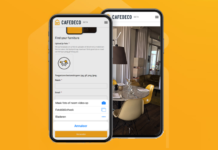