Rocket Internet announced today that it has raised a total of $500 million from partners Investment AB Kinnevik and Access Industries since May 2012. This represents the largest investment ever made in an internet incubator and accelerator company. The funds will be used to further expand Rocket Internet´s world-wide network of startups.

Through this investment, Oliver Samwer, principal shareholder of Rocket Internet, has raised the impressive amount of ~ € 1,000,000,000 into Rocket Internet in the last 26 weeks alone.

To date, Rocket Internet has started over 100 companies developing many of them across five continents. The incubator was founded in 2007 by Alexander, Marc and Oliver Samwer. Investment AB Kinnevik and Access Industries became Rocket Internet investors and partners in 2008 and 2012, respectively. Rocket Internet is headquartered in Berlin and operates 25 international offices in five continents. Over the past 15 years, Rocket and/or the Samwer brothers have created, developed, and successfully exited over 25 significant online businesses to leading international companies such as eBay, Groupon, Rakuten, and NBC Universal. Rocket Internet´s engineering work is primarily done in-house through its 250 dedicated IT engineers based in Rocket Internet’s corporate headquarters in Berlin and in various technology development centers throughout the world. Currently, Rocket Internet holds a significant interest in 75 ventures with 20,000 employees in over 50 countries world-wide.

Rocket Internet´s strategy is to create leading e-commerce companies in Europe, Russia, Latin America, Africa, the Middle East, India, South East Asia and Australia. Since 2010, the incubator has helped to create and grow over a dozen leading e-commerce players including:

Oliver Samwer, Rocket Internet’s co-founder said: “This is a highly significant investment from our partners Kinnevik and Access Industries. The additional capital supports our goal to be the world´s largest and most successful creator of high impact companies in the internet space and reaffirms the confidence our investors have in our business. We will use the new capital to further strengthen our global presence while continuing to build successful companies together with great entrepreneurs.” 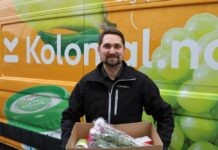