Fab lays off more than 100 employees from its European HQ 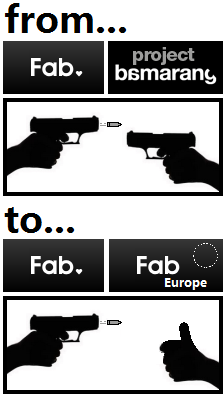 This morning, I received an email from someone at Fab.com which informed me that: “…Unfortunately Fab.com GmbH needs to take all job ads ever posted offline, effective immediately. I kindly ask for your assistance…”. At that time, I didn’t have more info and started wondering about the reasons for this request.

Several hours later I discovered a blog post of the Fab.com Founder Jason Goldberg in which he announced that the company is laying off more than 100 employees from its European headquarters in Berlin. Another 30 employees from the Berlin office were asked to move to New York in order to keep their jobs.

Jason Goldberg stated: “…the evolution of our business model will result in the elimination of many positions from our Berlin office due to redundancy. The entire Fab team in Berlin has poured their heart and soul into this company and we are deeply grateful for their efforts. We promise to be gracious and empathetic to everyone at Fab involved in this transition.”

All this is quite surprising. Fab, a company which has often been celebrated as “the next Amazon”, launched in Germany and Europe last year after it acquired a German startup called Casacanda. Earlier this year, Fab bought another German startup called Massivkonzept. It all seemed as if Fab’s presence in Europe grew and grew. A few month ago, Jason Goldberg even stated that Europe already makes up about 35% of Fab’s overall business.

But the reality was obviously a bit different than the often painted picture of Fab’s success story. Earlier this year Fab announced that it is pivoting its business model from flash sales to being “a comprehensive online lifestyle shop”. One month ago, Fab raised a $150 million Series D round from Asian investors like Tencent (China) and ITOCHU (Japan).

In today’s blog post about the Berlin layoffs, Jason Goldberg also explicitly mentioned: “This is a strategic business decision, endorsed by our investors with whom we discussed this possibility”. He also mentioned, that aside of Tencent and ITOCHU, there are “more Asian partners on the way” and that the company has lately been evaluating the best way to bring Fab to consumers in Asia.