BlaBlaCar, a distance ride sharing website that connects drivers with paying passengers, announces the launch of the service in Germany – BlaBlaCar now operates in more than 10 European countries! In tandem with the new market launch, BlaBlaCar also stated it has surpassed 3 million members, a significant milestone in reaching its vision of building an alternative European transportation network.

Nicolas Brusson, Co-founder and COO BlaBlaCar, stated: “The German market has a long history of ride sharing that started offline, and for many years we have had German drivers and passengers sign up for our service for cross-border trips. It was time for us to follow demand in the market.”

BlaBlaCar received $10 million funding from Accel Partners and ISAI in January 2012 for its European expansion. The French startup has launched its service in the UK, Spain, Italy, Poland, Portugal and Benelux and now Germany, fast establishing a leading position in the ride sharing market. BlaBlaCar’s expansion strategy has been to establish strong, local teams in each new market to build the service from the ground up – and it just has opened an office in Hamburg.

The Hamburg office is led by Olivier Bremer, who has been with the BlaBlaCar team for one year. Bremer says, “I am excited to be leading our operation in Germany, one of the largest markets in Europe. While ride sharing is a known concept in Germany, there has been a lack of good service and drivers and passengers have been looking for a new solution. We hope to fill this gap.” 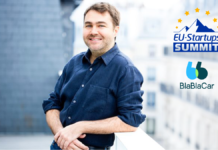 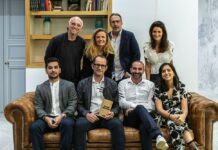 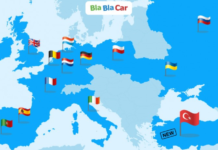