Stamplay is an online service that helps web designers create web applications without the need to know a programming language. I interviewed Nicola Mattina, Stamplay co-founder, to find out more. Big thank you to Nicola for the interview!

[Luca] How would you describe Stamplay in a sentence?
[Nicola] That’s easy! We have filled so many application forms, that we have a description of Stamplay for every occasion. If you want just one sentence, we can say that «Stamplay is faster, safer, affordable web development for designers; no coding skills required». A shorter and geeker version is: «Stamplay is IFTTT for Web applications».

[Luca] Interesting! How does it works?
[Nicola] The process of creating a web application with Stamplay can be described in three steps.

First, the designer should configure the business logic of the web app. She uses special components that we call bricks. A brick can be a picture from a social network (Facebook, Instagram, etc.), a status or a tweet, a video, a ticket for a sweep-stake and so on. The designer can decide which are the actions that the user can perform on the brick and can combine the bricks together. It is awesome, because we have put together a system that allows a designer to assemble a complex application in minutes instead of days. Without coding

Second. Once the web application is deployed, the designer can upload his look and feel. She has full control on the interface and will add the logic copying and pasting widgets into her html. It is important to notice that we do not ask the designer to learn anything new: it is like embedding a video in a web page.

Third, Stamplay generates a full featured back-end so that the designer can administer the application and have statistics about the usage.

[Luca] Is it suitable for online communication campaigns only or is it possible to build general purpose applications too?
[Nicola] It depends on the brick that we will make available to our customers. At first, we decided to turn to web designers and to create the bricks that allow them to build communication and marketing campaigns. Obviously, we do not exclude adding bricks that allow persons to do other types of applications, but it is a future step.

[Luca] That’s not your first company. Can you tell me something more about your previous companies and experiences?
[Nicola] I founded several companies because I’m a bit allergic to being an employee. I tried with a startup in 1999: it was called Wikey and I raised more than 750k euros from Elserino Piol fund. We wanted to produce Wap services: it is a shame that this technology has never taken off.

Then I founded a couple of small consulting companies in the field of communication: Elastic has been a pioneer in digital Pr in Italy, but consultancy is fun only when there are new things to discover. The rest is routine, clients who pay late and compromises that I don’t want to do.

Since I have spent the last few years studying the world of startups, I decided to try again with the goal of building an international, highly scalable company, with the headquarters in UK or in the United States and software production in Italy.

[Luca] What made you decide to start working on this new project?
[Nicola] Every day, agencies and freelances around the world design and implement communication and marketing campaigns outsourcing a huge amount of software development. Prior to founding Stamplay, we both realized web and smartphone applications for major brands.

We want to make designers independent from developers, allowing them to design and realize a web application without having to know programming languages or how to configure a server.

That’s why we decided to work at this project. We started in August and, after a few months of work and a pair of pivots, we finally arrived to the current version. When I look at what we have designed and what we are building I still can not believe what we are making: it is a product that has the potential to change Web development.

[Luca] What technologies have you used to build Stamplay and what was technically the most challenging part of developing it?
[Nicola] Stamplay has different components and for each of them we made different choices.

The first layer, we call it Editor, is a web app built with Backbone.js and Handlebars.js and written in CoffeeScript. It renders JSON data from PHP and Node.js services. Our datatore is MySQL.

The core engine runs on Azure Cloud Services and automatically deploys our customer’s apps on Linux running on Azure VMs.

The assets, including images, are served by Windows Azure Blog Storage via the Azure CDN. We rely on Memcached Azure addon and we use SendGrid and MailChimp to send emails. Systems are monitored by a combination of New Relic and Pingdom. All of this is built, according to a TDD approach, tested and deployed with self-made automatic processes.

The deployed application is a PHP application backed by MySQL which provides API to a Javascript frontend that uses Backbone.js to render our components widget along with Handlebars.js for template customization.

[Luca] Who is Stamplay’s biggest competitor?
[Nicola] There are several approaches to solving this problem, but none offers the same speed and reliability of Stamplay. Stamplay is affordable too. The application frameworks like Drupal, RoR, .Net are slow, expensive and targeted at developers: it is very unlikely that a designer can use these solutions.

Content management systems like WordPress help to create websites, but they have many limitations if the goal is to develop web applications. You can add plug-ins, but you do not go very far.

Recently, there are a number of solutions that have emerged under the label of Backend as a Service (BaaS). But these solutions are very technical and aimed at programmers too.

We can say that no one has yet invented a solution that represents for the development of web applications what WordPress represented for content management.

If we succeed, we will open a brand new market: Web Development as a Service.

[Luca] Stamplay relies on a quite established team. How did you meet your co-founder Giuliano Iacobelli? And how did you selected the other team members?
[Nicola] We met attending the tech community in Rome. We started working together on some ideas to learn to use the techniques of customer development and lean startup. We discovered that our natures and skills are complementary, so we decided to startup a more ambitious project. And, that is how Stamplay was born: I take care of business; Giuliano is responsible for technology and production.

Developers who work with us are from Roma Tre University. Two of them, Mirko and Cristian, did the thesis with us and then remained because they are in love with the project. Alessandro was starting a promising career at a large system integrator firm, but we saved him.

[Luca] You got a seed round. How are you using those funds?
[Nicola] We have raised a small seed round from friend and family and we are using it to develop the first version of Stamplay. We are now raising more money to speed up the production and first feedback by prospective investors are very good.

[Luca] Can you convince the readers to start using Stamplay?
[Nicola] I would invite your readers to watch a video of the product: it only lasts a minute and lets you get an idea of the magic.

Generally, this is enough to convince a designer to ask to try our service.

[Luca] Thanks a lot and good luck with Stamplay!
[Nicola] Grazie a voi 🙂 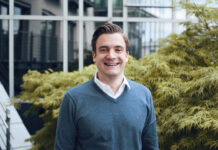 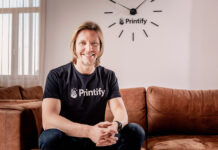