If there are many reasons one may have to visit Lisbon, another is to meet the local young entrepreneurs at GO Youth Conference 2013, held on the 16th and 17th of March. In case you cannot attend, we’ll be there to cover the event, but let me give you a couple of reasons you should go to this and many other conferences.

First, you’re an entrepreneur, you are doomed to question the system and network with others who do it too. So why not meet founders alike, including Milo Yiannopoulos from The Kernel, Brian Wong from Kiip, Kasper Hulthin from Podio or Cristina Fonseca from Talkdesk, just to name a few?

Second, you are looking for investment and where else can you talk with some people that may help you? Take the just confirmed Hussein Kanji, early stage Angel Investor based in Europe and the US. You may want to apply to the Startup Competition and be judged by him.

Third, you are bootstrapping the way to success and don’t want to spend your monthly operating budget in one day. If that’s the case, an opportunity like this doesn’t come often, as this might be the best value for money event I’ve been recently, at €30 (€25 for startups, €20 for students) with lunch and coffee breaks included for the two days.

I could make the list bigger, but then you would not believe what you’re missing. In the case I’ve convinced you to pop in, keep in touch with me and lets discuss it there, over a beer. 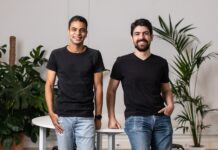 10 promising Portugal-based startups to watch in 2021 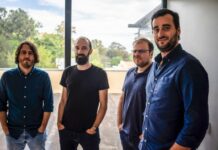 Meet the accelerator programme that boosts the environmental and social impact of growing start...