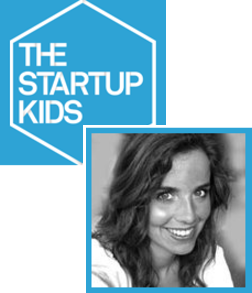 I discovered The Startup Kids more than one year ago, when they launched their project on Kickstarter.

After the successful campaign (they raised more than 300% of the goal) I lost them for a while. Now, few weeks before the official launch, I contacted the two Icelandic entrepreneurs behind it to get the last news!

Right here below, my interview with Vala Halldorsdottir, co-director along with Sesselja Vilhjalmsdottir, of the documentary.

[Luca] In a tweet, “The Startup Kids” is…
[Vala] … a documentary about young web entrepreneurs in the US and Europe.

[Luca] Who are Vala and Sesselja?
[Vala] We are two entrepreneurs from Iceland. We started our first company back in 2009 when we made a board game that was very successful in Iceland. Since then our company has taken on various projects, one of them being The Startup Kids documentary. Now we are working on our next startup Kinwins.

[Luca] When and why did you decide to start working on this documentary?
[Vala] The idea came when we were working on our first company, we were so motivated after our success that we wanted to motivate others to do the same. A documentary would be a great way to that, we would learn ourselves and hopefully motivate others to do the same. The main aim of the movie is to motivate people to become entrepreneurs.

[Luca] How did you fund it?
[Vala] We mostly funded it ourselves but we also got a small grant from the European Union and then we did a Kickstarter campaign that helped us a lot, along with some local sponsors.

We decided right away that we wanted to feature entrepreneurs from the US and Europe. We interviewed over 80 people so we had a difficult task editing that down to the 15 people who are in the film. We chose them because we thought they fitted best to the story.

[Luca] Some of them are very successful entrepreneurs. How did you reached them?
[Vala] It was like a snowball effect. In the beginning we didn’t know anybody and just cold-emailed the people we were interested in meeting. If we managed to get one good interview we always asked if they could introduce us to some other entrepreneurs who would be interesting to interview.

[Luca] I saw the trailer of “The Startup Kids” and it seems to be very promising. Is it already available to the public? How are you going to distribute it?
[Vala] We are doing screenings right know, anybody can host their own screenings. If you are interested please get in touch with us here. In the beginning of March it will be available online on iTunes etc.

[Luca] I look forward to see the full film! Thanks a lot for your time and good luck!
[Vala] Thank you! In the end we just want to say that our biggest expectations is that some young people will see the documentary and think: wow, I can do this and then create something awesome 🙂

Check out the official trailer below:

Luca Mayer
Luca works as a Senior Security Specialist and Project Manager at Security Reply. On EU-Startups.com he writes about Italian startups and the entrepreneurial ecosystem in Italy.
RELATED ARTICLES
Estonia-Startups