The Stockholm based Square clone was founded in 2010 and makes credit card acceptance possible for small business owners and individuals at a fraction of the cost of traditional point of sale systems. With iZettle there’s no subscription, set up fee, monthly fee or minimum. Instead, iZettle merchants pay 2.75% of each transaction. iZettle then electronically deposits payments in the merchant’s bank account. With the iZettle app and card reader small businesses and individuals can take payments with all major credit cards, including Visa, MasterCard, American Express.

iZettle’s free app is available from Apple’s App Store or Google Play. The chip and signature credit card reader, which plugs into Apple or Android phones and tablets, is, for a limited period of time, available free of charge on www.izettle.com.

“Spain’s small business owners are hurting – they need a helping hand, and a easy, low cost way to start taking credit card payment so they never have to miss a sale because their customer didn’t happen to have cash,” said Jacob de Geer, co-founder and CEO of iZettle, whose mobile payments app and card reader has increased card acceptances places in Sweden with 25% in just one year. 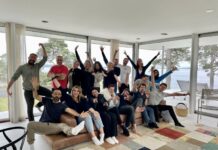 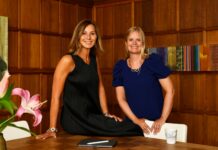