Pulpfingers just got acquired by the photo-sharing site 500px 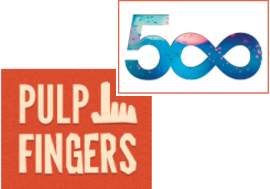 The Canadian photo-sharing site 500px just announced its second “acqui-hire” – the Strasbourg-based startup Pulpfingers. The two founders of Pulpfingers also created the 500px iPhone app which launched in October 2011. According to our sources, the deal was an all-stock acquisition.

Oleg Gutsol, CEO 500px, who called this “acqui-hire” a strategic move, also stated: “We’re all about creativity. And when you have the right chemistry with talented people in a market you want to expand into, you get creative to make sure the deal happens. I’m pleased we arrived at an arrangement that makes good business sense for all of us.”

Oleg continues: “It’s been our intention to increase our presence in Europe and we’ve been looking for the right opportunity. We have huge numbers of photographers in Germany, France and Spain, so a central presence in France makes a lot of sense.”

Charlec and Scheer will continue to operate Pulpfingers over the next few months as they transition into full-time roles inside 500px. The Pulpfingers team of developers and designers (who are devoted to great and feature-packed apps) will be spending time in the Toronto HQ next year to get fully immersed in the company and its culture. The ISO500 app will remain available in the App Store and users can expect an update that will introduce enhancements as well as support for iPhone 5. 500px plans to launch its official app over the next few weeks.

So you want to build an app? Here is how to budget (Sponsored)

Kuddle is raising another $8 million funding round