iZettle, a popular app and mini chip-card reader from Sweden that’s been turning smartphones and tablets into mobile credit card terminals, has partnered with DZ BANK and Deutsche Telekom to launch its payments service in Germany. Starting today iZettle is making 25,000 chip-card readers for iPhone or iPad available free of charge during launch.

iZettle was founded in 2010 (HQ in Stockholm) and its payment-solution is already used by more than 75,000 small businesses and individuals in five countries. Unlike other European clones or the U.S. based originator Square, which only accept magnetic stripe cards, iZettle’s app and mini card reader let’s anyone take chip-based credit or debit card payments anytime, anywhere.

iZettle’s CEO and co-founder Jacob de Geer stated: “Strategically, Germany is one of our core markets, and we are committed to serving everyone from individuals to small businesses here long term. Our ambition is to become the undisputed market leader in Germany and given the partnerships with DZ BANK and Deutsche Telekom we believe we are very well positioned.”

“The cooperation with iZettle is a further step for Deutsche Telekom to strengthen the relevance of mobile payments in Germany and to position itself as a relevant player in the payment market. iZettle offers an innovative and secure product which perfectly fits to our brand and supports Deutsche Telekom’s holistic mobile payment offering which the customers can trust in.”, said Thomas Kiessling, Chief Products and Innovation Officer Deutsche Telekom.

Equens, a joint venture of DZ BANK with other major European banks, will process iZettle payments in Germany. Starting in November, the iZettle solution will be available at selected Volksbanken Raiffeisenbanken. Deutsche Telekom – Europe’s largest carrier – will distribute the iZettle chip-card reader in the Telekom shops across the country.

iZettle is EMV (Europay, MasterCard and Visa) approved, and compliant with the Payment Card Industry Data Security Standard (PCI-DSS). No sensitive data is ever stored on the mobile device or iZettle reader, and all data traffic is encrypted. With iZettle (and similar services) there is no lengthy sign up processes, no monthly fee or minimum transaction volumes. Instead, iZettle merchants are charged 2.75% of payments made. iZettle then electronically deposits payments in the merchant’s bank account.

If you are not familiar yet with the business model behind iZettle, make sure to check out their promotional video below: 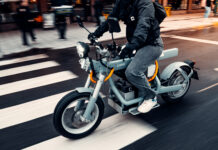 “Do I really need external funding and is my company really a VC case?”: Interview ...