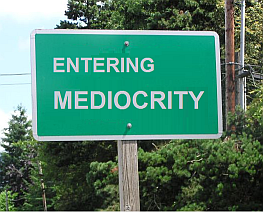 Interestingly and inspirationally dubbed “The 7 Habits of Highly Effective Mediocre Entrepreneurs”, the post is just a masterpiece. But that’s only my opinion.

Last week I was giving an interview (playing for the adversary) and when the motivation for future entrepreneurs question came up, I promised just to be realistic. What I mean is that with so much hype around Startups, Entrepreneurs and “Outstanding, Exceptional People That Happens Are Geniuses Even Though They Make Serious Mistakes As Other Mortals”, we tend to lose focus on what is this all about, at the end of the day.

Then came James Altucher and kicked some buts. I’m even glad Techcrunch’s editors made it possible, given what he argues goes against more than half of what they publish.
I really suggest you go through it. But in case you want a summary and prefer to stay with my endorsement, here it goes (I’m kind of quoting him but I certainly agree).

We can’t all be grand visionaries. We want to make our business, sell it, make some money, raise a family, and try to be happy. Just do what you have to do, don´t procrastinate. Multitasking is a myth, focus on one thing at a time. Keep failing until you accidentally no longer fail. The best ideas are when you take two older ideas that have nothing to do with each other, make them have sex with each other, and then build a business around the bastard, ugly child that results. The mediocre entrepreneur works his 20 hours, then relaxes when he can. It’s tough to make money. Not a party. Do anything to get a yes from a customer. Spend a lot more time getting to know the people who you want to bring closer. Being mediocre doesn’t mean you won’t change the world. It means being honest with yourself and the people around you. And being honest at every level is really the most effective habit of all if you want to have massive success.

Just one paragraph and it means more than two hundred blog posts and half a dozen books on advice to entrepreneurs. Keep coming here. We’ll make an effort to bring you what’s relevant.