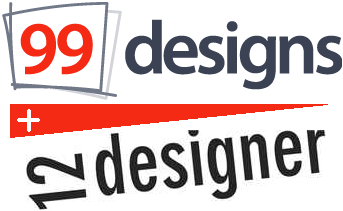 99designs, a leading online graphic design marketplace (headquartered in San Francisco), today announced it has acquired the Berlin-based startup 12designer, the leading creative design marketplace in Germany and the second largest in Europe after 99designs. The acquisition (financial terms are undisclosed) is 99designs’ first and signals the company’s ongoing focus on international expansion via localization following its $35 million Series A investment led by Accel Partners in 2011.

Germany is 99design’s number one non-English language market, its fifth largest overall and one of its fastest growing. Despite minimal marketing in Germany and other European countries, European small businesses and startups have accounted for approximately 15 percent of the 155,000 graphic design contests held on 99designs’ English-language site to date.

“We’re very excited to welcome 12designer Founder and CEO Eva Missling and her talented team into the 99designs family. We believe their deep regional marketplace expertise and multi-lingual capabilities will prove instrumental in accelerating our delivery of truly localized world-class design services to European businesses and designers,” said 99designs CEO Patrick Llewellyn. “This acquisition enables us to build significantly on our existing momentum and resources in Europe and gives us an ideally situated base in Berlin. As the tech startup and design hub of Europe, there is no better place from which to implement our aggressive regional growth plans.”

99designs also announced that 12designer’s CEO Eva Missling will be the new General Manager of Europe. She will be tasked with optimizing localization of 99designs services for European markets, accelerating growth in Germany and across Europe, and building a 99designs team in Berlin. She will also continue to oversee 12designer, which boasts a community of more than 20,000 designers interacting with customers in German, French, Spanish, Italian and English. 12designer, which was founded in 2009, will continue to operate as a stand-alone site in the near term.

Check out the video below to find out how 12designers (and 99designs) works: