The first time we introduced you to Piano media was when the Bratislava-based “paid content”-solution, announced its Series B financing round on April (€2 million from 3TS Capital Partners). Now, just a few months later, the promising Slovakian startup reported that seven major Polish media companies (representing 27 national and regional newspapers, 14 magazines and Poland’s national public radio) joined its national online common-payment system yesterday. With the simplicity of Piano’s one login, one payment access to a multitude of media, Polish Internet users will be able to view premium content and services on 42 different websites for just €4.70 (19.90 PLN) per month. This is Piano’s third national payment initiative in the past 14 months.

Poland represents Piano’s largest market with a population of 38 million people and over 19 million Internet users. “Poland allows us to demonstrate how well our system works in larger markets,” said Piano’s Chief Executive Tomáš Bella. “We are already known for our innovation. Now we will prove our innovation is scalable.”

Agora’s Digital Content Publisher, Michał Gwiazdowski, said Poland’s largest media publisher chose Piano’s system because “The process is simple and efficient for our users. One payment provides them with access to content from many sites by various publishers. For us, Piano’s system is the next step in building our Internet publishing strategy for our press titles, which in turn will help us to continuously deliver – both online and offline – the premium content provided by our editorial teams.”

Piano relied on the wealth of knowledge gained from its Slovak and Slovene subscriber databases to convince Polish media to launch the system. “The media were very comfortable talking with us and were happy we could advise them about how and what works within a paid-content platform based on our knowledge from Piano’s Slovene and Slovak subscribers,” said Bella. “Our success in there means we have experienced-based knowledge that allows us to identify content most likely to be valued by users.”

With Piano, media choose what content of theirs will be put into the system and what benefits digital readers will receive. Some media will provide ad-free versions of their sites, while others will offer premium access to their content before it is released to the public or even offer exclusive material available only with a Piano subscription. Initially, Piano’s presence on the media’s sites will be the appearance of Piano’s login icon, the Piano Bar, at the top of each page. Then in August, a free trial program will be on offer, followed by the start of the full Piano subscription system in September.

Piano Media was founded in 2010. The Bratislava-based startup expanded to Slovenia in January of this year. Piano is in negotiations with publishers on several continents and has plans to launch an additional market by the end of 2012. 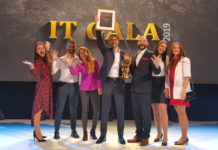 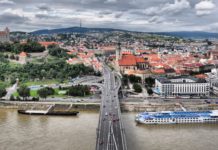 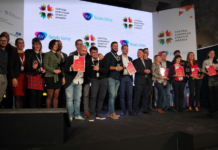 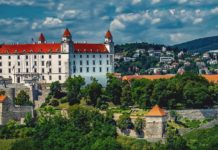 The 10 best coworking spaces in Bratislava