That’s what I asked Bruno today: can I join you? Bruno is based in Porto, Portugal and his dream of benchmarking the Porto startup scene all over Europe is just starting. He calls it the Grand Startup Tour.

Bruno took a camera and some underwear and is flying from Porto to Zurich. He made his first video interview still in Porto with our already known Startup Pirates. And in the coming weeks he will be doing the same gig in at least 7 cities. He didn’t tell us yet where he’s going but I’m betting he does have the plane tickets bought and the couch space booked. So you guys in Zurich invite him to have you pitching your startup. To all the others: why don’t you follow him and find out at what cities he’ll be going? I’m betting Germany comes right after.

We met today at Porto Startup Coffee monthly gathering. I also asked Bruno what’s the catch and he told me “I’ll be meeting fantastic people, including entrepreneurs, programmers, incubators, venture capitalists and folks who just wanted to offer me a couple of beers”. That’s great Bruno, we at EU-Startups.com give you the high five as a friend who shares our vision to connect the European startup scene and to encourage entrepreneurship within Europe.

If you want to sponsor or just cheer Bruno’s effort, tweet him @startuptourtv or poke him in Facebook. And by the way, suggestions for Season Two are welcome. 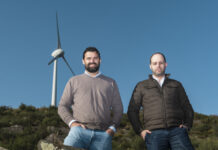 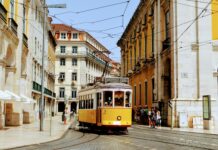 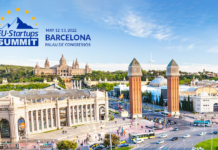 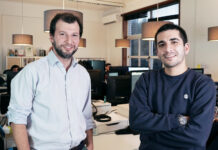 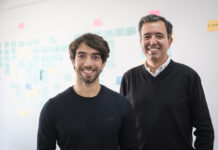