Fruugo is shutting down its office in Helsinki. ArcticStartup had a discussion with Fruugo’s CEO about the transition from Finland to England. During the height of the e-commerce startup, Fruugo employed some 150 people. Today, as the company is shutting down its Helsinki office, the move affects less than 10 people.

ThingLink, a platform for tagging things inside images, has acquired Pixboom, an interactive image tagging service for the Swedish fashion industry. The terms of the deal were undisclosed but we understand it was an ‘acqu-hire’ in that ThingLink, in the main, wanted to bring the Pixboom team on board. Read more on TechCrunch.

Deutsche Telekom CEO René Obermann just announced the launch of a new startup incubator called hub:raum. With hub:raum, the European telco giant aims to tap into Berlin’s hot startup ecosystem, and beyond. The incubator will provide up to 300,000 euros in seed funding, access to a mentor network, Deutsche Telekom resources and technical expertise. Find out more and visit TheNextWeb.

Zynga has decided to launch a US lawsuit against french gaming firm Kobojo for using the suffix ‘ville’ in the title of their popular game PyramidVille. Apparently Zynga requested that the startup change the name of PyramidVille but  Kobojo refused to so. Zynga also asked for damages equalling 3X the profit that Kobojo generates from PyramidVille. Read more on TheRudeBaguette. 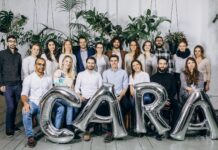