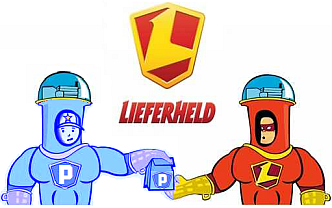 Lieferheld is accused of repeated Internet attacks (DDoS-attacks) against its competitor Lieferando. These attacks may have led to several downtimes of the Lieferando website. Lieferheld’s competitor said this caused a damage worth “at least 75,000 Euros”. Lieferando’s CEO stated that his team had analyzed the attacking addresses after a serious attack in December of 2011. One of these addresses pointed directly to a server which was rented by Lieferheld.

Lieferheld’s CEO Fabian Siegel called these allegations “totally absurd”. He stated: “I’m not so stupid to make myself liable to prosecution for a possible disadvantage of a smaller competitor.”

In addition, Fabian Siegel explained what it might have been that Lieferando saw during its analysis: A Lieferheld crawler that automatically checks whether the figures about affiliated restaurants reported by Lieferando were true. According to Siegel, this is quite common in the industry. He then said: “If this leads to a collapse of Lieferando’s systems, they don’t have their technology under control.”

Lieferando will now proceed civilly against Lieferheld and aims for a compensation “in the low seven figures.” We’ll keep you updated…