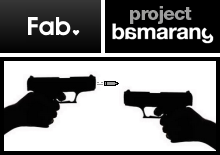 It all started with the launch of the Fab clone Bamarang on January of this year. The clone factory of the infamous Samwer brothers not only copied the business model of the New York based flash sales site, but also the whole look and feel of Fab.com (well, almost).

Jason Goldberg responded quickly to this new competitor and wrote on his personal blog: “…The worst offender is a new company, bamarang, operating out of the UK and Germany from the infamous Rocket Internet – Samwer brothers. Their site is not just a copycat, it’s frankly just stealing our unique Fab design elements…”

In my opinion, it was tactically seen the wrong decision to directly mention Bamarang and the Samwer brothers. This mention helped the clone to get some press right from the start, and sometimes bad PR can somehow be good PR.

Last week, Fab.com started its expanding into Europe with the acquisition of the Berlin based Casacanda GmbH. The acquisition was an all-stock deal, valuing Casacanda at around $10 million, and an important next stept for Fab. Like I wrote in a previous article, it’s more then likely that the launch of the Fab clone Bamarang and this recent acquisition are directly related. I’m pretty sure Fab.com wanted to prevent a situation like Groupon/CityDeal or Airbnb/Wimdu and the risk of having a clone company conquering the European market before the originator does.

In a recent interview with Bloomberg, Jason Goldberg stated, that additionally to the recent aquisition of Casacanda, Fab aims to spread across the rest of Europe very soon. He 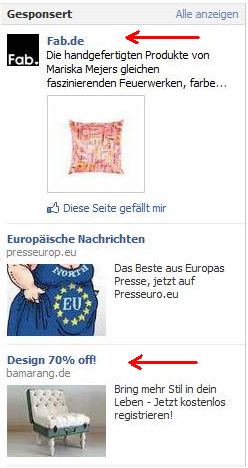 also stated that Fab is in for the long run and trying to build the next Amazon.com. “The next Amazon.com” is also something the Samwer brothers are trying to build. Within an internal e-mail from Oliver Samwer (which was leaked back in December) he stated: “This is our last chance in ecommerce to build an Amazon company”. In the same E-Mail, Oliver Samwer used the term “blitzkrieg” referring to the Online business and described himself as “the most aggresive guy on the Internet”.

And the battle has just begun. When I opened my German Facebook account yesterday, I already saw the two companies competing within the ad section (screenshot enclosed). As an outside observer I’m excited to follow the development of the two competitors during the next months. Honestly, I would love to see the next Amazon coming out of Europe – but not the Samwer way. 🙂

Grover founder & CEO Michael Cassau will speak at our EU-Startups Summit on May 2-3 in Bar...