The investment followed an entrepreneurship competition organised by Venture Cup in Denmark, which the startup won. Mattias Ljungman, Partner at Atomico, was serving as a judge in the competition. This led to a small seed investment, and then a later investment together totalling €350,000.

Ge.tt was founded in October 2010 and aims to become the easiest-to-use file-transfer service in the world. Rather than e-mail files, which can be difficult with large files, users can use Ge.tt to store and transfer them easily to as many recipients as they choose. Ge.tt also provides users with a nice stepping stone to the benefits of cloud computing. Files can be downloaded while they are being uploaded, users are able to easily copy a link to the file, or send as e-mail directly from Ge.tt. And there is no requirement to sign up or install any software, making it as simple and as fast as possible.

The investment will allow Ge.tt (for e.g.) to make new hires. The team now consists of four developers, including the two founders, and a designer. It recently released an API that allows developers to create plugins for Ge.tt, or use it in their own applications.

Ge.tt is also announcing changes to its customer offering. Since there were quite a few users who wanted long-term storage, it is now possible to store files as long as the lifetime of an account.

To make the business sustainable, however, storage limits are being introduced. Those user who require larger amounts of storage, such as professional users, will from now on pay a small fee. This will (hopefully) help provide a long-term future for Ge.tt which has been used by more than 425,000 people across the world since launching in November 2010.

The new usage tiers for Ge.tt are simple: Without an account users get 250MB of storage. By spending a few seconds to create an account, users receive 2GB of free storage, which is probably high enough that most people won’t pay anything. Users who want more storage, will pay small, tiered fees. For $5 a month they get 5GB, for $10 they get 40GB and for $20 they get 100GB.

Tobias Baunbæk, CEO and Co-Founder of Ge.tt, stated: “Both the investment we have received, and the introduction of our premium service will help Ge.tt continue to serve our growing number of users across the world. We set out to make file transfer simple and easy, and today’s announcements will help it stay that way.”

Ge.tt, which is headquartered in Copenhagen, was founded by Tobias Baunbæk and Mathias Buus Madsen who came up with the idea while studying computer science at Aarhus University. They and classmates often needed to share files with many people on different platforms, and often resorted to using USB sticks. Although there were file-transfer services, none suited their needs. Required signups, installations, and no streaming were all factors weighing in. They realised that a combination of streaming technologies and an intelligent queuing system would make for a much faster and simpler technology. And that this could be done in a browser, with no software installation. They created a prototype, entered the Danish startup competition Venture Cup, and won €6,700. This bootstrapped the company, and the founders left university to focus full time on it.

To give the service an advantage in the file-transfer market, the team developed a new technology that makes transfer much faster, and combined it with a clean interface to make the experience as easy as possible. Find out more about the service by watching the following video: 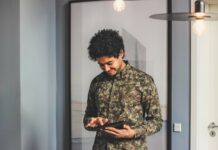 “Guest Experience Management is the new way of working for restaurants”: Interview ... 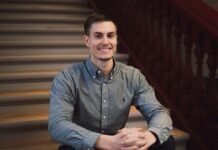 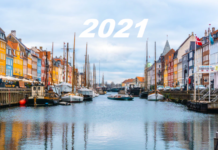 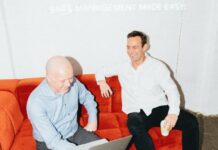