Wrapp, the new social gifting service that lets friends celebrate with free gifts of real value, today announced it has received $5.5 million in Series A funding led by Atomico, the international venture capital firm formed by Niklas Zennström, the successful co-founder of Skype, Kazaa and other companies.

Seed funding earlier this year from Creandum, a leading Nordic venture firm, allowed Wrapp to conduct a proof-of-concept test and commercial launch in Sweden. The Series A funds, which include a contribution from Creandum, will be used to launch Wrapp’s social gifting service in the U.S. and U.K., as well as for further development of the Wrapp application.

Created for social media and smartphone users, Wrapp makes it fun and easy to give, receive and redeem digital gift cards using mobile devices, and allows friends to contribute to gifts given by mutual friends. Gift cards, a $100 billion industry in the U.S., have been the most popular gift request for four years running (Source: National Retail Federation, Washington D.C.).

Niklas Zennström, who is joining Wrapp’s board of directors stated:“Wrapp is targeting a huge market by leveraging two mega-trends: social networks and smartphones,”. He continued: “If anyone can disrupt the gift card industry for the better – make it larger by taking it digital, mobile and social – it’s the talented team at Wrapp”.

Johan Brenner, Creandum partner and Wrapp board member added: “We saw early on that Wrapp is at the center of where the gift card industry is headed. With Wrapp, retailers can now create highly targeted pay for performance campaigns and drive sales offline from desired customers online. With Atomico’s investment and help we are strengthening Wrapp’s prospects tremendously.”

Wrapp, which is based in Stockholm, was started earlier this year by Hjalmar Winbladh and a team of young entrepreneurs, including Andreas Ehn (Spotify’s founding CTO), Carl Fritjofsson (former strategy advisor to Groupon.se), Aage Reerslev (founder of Squace) and Fabian Mansson (former CEO of H&M and Eddie Bauer). Before Wrapp, Winbladh co-founded Sendit and Rebtel.

Although Wrapp is currently operating only in Sweden, people around the world are welcome to download the Wrapp mobile app today and celebrate by giving digital gift cards to friends in Sweden. Wrapp’s free and paid digital gift cards are provided by attractive brands (mostly Swedish brands right now) and make it as easy to send a gift of real value, as it is to send a greeting.

Weekly VC Overview: All 80 European startup funding rounds we tracked this week (May 10-14) 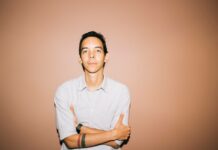 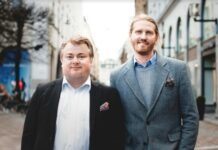