The Karlsruhe (Germany) based Gameforge Group today announced that it is fundamentally realigning its internal structures. After the successful merger in August, Gameforge and Frogster are now starting the integration and laying the foundations for the company’s sustained ability to adapt to future requirements.

In place of the previous Client Games and Web Games operating units, the Gameforge Group will organize its business into a Development and a Publishing division. The Development division will focus on the internal development of online games while Publishing will be responsible for the games portfolio and the platform strategy.

As they focus on their core portfolio, Gameforge and its subsidiary Frogster are aiming to create more efficient structures and discontinue products that have failed to meet growth expectations (like Hellbreed and Mythos). Gameforge is evaluating the discontinuation of the “Star Trek – Infinite Space” project and is also currently exploring co-publishing options.

Aside from the structural changes, the realignment also makes adjustments to the workforce inevitable. Approximately 100 jobs will be lost in the restructuring of the Gameforge Group. CEO Alexander Rösner stated: “We take our responsibility for our workforce very seriously and are working hard to find a socially responsible solution for the team members affected.”

Next year, Gameforge will step up international marketing of established titles such as Elsword and Wizard101. There are also some promising new products already in the pipeline, such as Eligium, TERA and RaiderZ.

Gameforge, which was founded in 2003, is a leading European provider of online games, offers 20 titles in more than 50 languages and has more than 300 million registered users globally. The company currently has approximately 500 employees at their headquarters in Karlsruhe. The Frogster group, which was bought by Gameforge in August of this year, is a Berlin-based publisher of international online games titles. Frogster focuses on the marketing and operation of virtual worlds and employs currently more than 200 people.

Paris-based Sorare raises €3.5 million to accelerate the growth of its global fantasy football ... 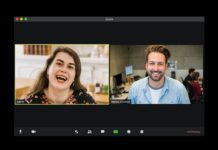