Home Spain-Startups Women in the start-up scene in Spain 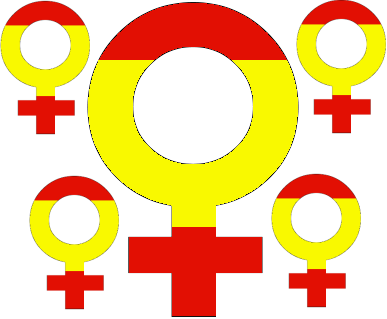 At one time technology start-ups were held to be the province of male geeks. Something surprising has happened though – more and more start-ups are being launched by women, and it’s also the case in Spain. Yet, perhaps it shouldn’t be a surprise – the new technologies have empowered more and more people who have business talent, so they don’t necessarily have to be a geek to put together a functional website – the tech stuff can often be outsourced and maintained by suppliers. Indeed, a recent article on Forbes has claimed tech-based start-ups offer far better work environments for women as opposed to traditional companies Source: Article in Forbes on women in start-ups Additionally, many commentators believe that women can run start-ups in a better way than many of their competing male entrepreneurs. According to this link How to combat the all-male start-up! there are 3 main reasons why start-ups that involve women fare better – they are better at bootstrapping, they fail less often, and gender diversity improves long-term rewards. It’s certainly the case that a lot of start-ups have been launched in Spain by women, many of them earning international praise, and I will mention a few of them here.

But first I want to investigate whether it’s different for a woman in Spain to initiate a start-up, as opposed to a male-dominated business. It’s often been said in the past that it’s harder for a woman to make it as an entrepreneur – indeed the statistics often bear this out. Yet, out of the women I’ve talked to on this, they all seem to carry the same message, that it really is no harder to launch a start-up as a woman. Rosa Fernández-Velilla at Gisela.com website (a site selling lingerie, bathrobes and nightwear internationally) is one of those who rejects the idea that it’s harder for women – her reaction was “No, the creation of a new business is an equal challenge regardless of sex. The important thing is the desire to advance, a clear vision of the destination, and lots of work and dedication.” Indeed, when asked if they can recommend launching a start-up to other women, their reply is positive. Beatriz Revilla of Mundo Spanish (a site that aims to bring together Spanish entrepreneurs all over the world) told me “I can always recommend it if the entrepreneur has time, money and above all, a desire to succeed. It requires sacrifices but is very rewarding when you reach and surpass milestones.”

With such drive and positivity, we should therefore not be surprised that women are launching start-ups in Spain – many going on to have international success. One of these was Elisa Ibáñez Herrero, who as the CEO of Andanta won an international prize for her start-up. Andanta’s main product is a Virtual Assistant which is installed on a client’s website and is able to simulate a conversation by responding to questions written by the user – read more about it here- Article in thenextwomen It’s not just the odd exception either – women seem just as enthusiastic as their male counterparts in Spain in getting a start-up underway. At an event earlier this year in Madrid, organised by Ellas2.org/ (a web community that aims to foster new technological companies run by women ) 10 start-ups were created in 3 days!

“Ellas 2.0 Startup Weekend Madrid, the international event to build Internet startups in 54 hours, imported by Ellas 2.0 to promote entrepreneurship among women, was held last weekend in “Madrid On Rails”. 85 professionals (programmers, marketing, business, designers, etc.) attended and 36 were women. The participants presented 33 business ideas but just 10 attracted enough participants to build a team to work on the project along the weekend and present to the Investor table on Sunday night.”

Now, they may not feel that women are hard done by when launching a business or start-up, but it’s certainly the case that Spanish entrepreneurs (both male and female) would like to see changes in the way the government deals with this sector. Rosa at Gisela would like to see two main changes – “simplification of the bureaucracy when starting a business, and better financial support”.  Beatriz at MundoSpanish tells us that she’d like to see a change in “the compliance and acceleration of the aid provided to entrepreneurs. It is not about creating new lines, but to accelerate existing ones (in the Madrid area it takes about two years in granting aid to the small business … so in many cases become obsolete). It is also very necessary to reduce the national insurance payments in the first two years, also make the recruitment of staff more flexible in the initial phase and create  training course options that are very pragmatic and oriented towards real business. The advice portals provided, however, are good.”

Of course, with the likely event of a new government in Spain this November, these changes may come to pass. But it’s the drive, ingenuity and hard work of the entrepreneurs concerned, that will ultimately determine the success of these start-ups, whether they are male- or female- managed.

I’ve only had time to skim the surface of the start-up scene involving women in Spain, and I’m positive we will see many successful and innovative companies established in the coming months and years. For further updates (if you speak Spanish) then Ellas2.org is worth bookmarking, as indeed is mujeres consejeras a site run by women, including the serial entrepreneur Elena Gómez Pozuelo. Finally, if you’d like updates on this area in the English-speaking expat world then take a look at costawomen (the network for English speaking women entrepreneurs on the coast – their twitter account is @costawomen).