Home Other Stuff Crunchgate: What happens to TechCrunch Europe now? 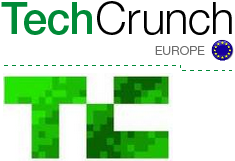 TechCrunch founder Mike Arrington just got fired from AOL and will no longer work for the famous technology blog. A few of the latest press reports mentioned the possibility that some of Arrington’s loyal staff members could follow him. TechCrunch writer Paul Carr has just stated: “Yes, of course I’ll resign unless Mike Arrington chooses his successor”. But whatever the upcoming changes at TechCrunch might be, they will most likely also affect TechCrunch Europe.