we7, the Oxford based music streaming service, has announced the successful closure of new funding today. The fresh capital will allow the young company to expand into new territories across Europe and enables a further growth in the UK. The latest round of funding is provided by Peter Gabriel, Eden Ventures, Qualcomm Incorporated and Pentech Ventures. The initial plans will see the growth of its existing team and expansion into multiple countries in Europe during 2011.

we7 is a cloud-based music streaming service that lets users create bespoke personal radio stations and allows them to request specific artists or songs. It’s also possible to stream entire albums from a library of over 7 million songs, online and mobile. The service, which was launched in 2008, currently boasts over 3 million unique monthly users.

Steve Purdham (CEO, we7) stated in relation to we7’s future and the new funding: “In the next 24 months digital music listening will move rapidly from the early adopters and music obsessives we have seen to date, into the mass market and general music listening communities. This change represents an outstanding global opportunity to create a highly valued business for consumers, the music industry and we7. I am pleased and excited at the continued support of Peter Gabriel and Eden Ventures and to also gain the confidence of new investors Pentech Ventures and Qualcomm.”

He continued: “Over the coming months, we7 will be announcing key partnerships alongside expansion plans into Europe. These developments will allow us to showcase what we7 can do by expanding the familiar medium of radio as a digital backbone to additional services we’ll be offering.” 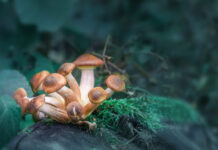