“We want our games to have an original, unique touch”: Interview with Helmut Hutterer, co-founder and CEO of Socialspiel 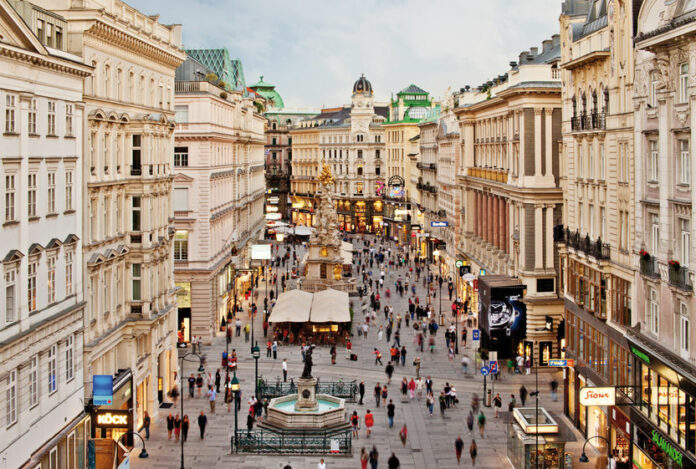 Today we interviewed Helmut Hutterer, the co-founder and CEO of Socialspiel (Update – January 2023: The startup seems to be no longer in business under this name and we therefore deactivated the link).

The young social games startup is based in Vienna and was founded in early 2010. The team behind Socialspiel has a long history of working together in the games industry, and now dedicate their talent and passion towards the creation of great games and fun entertainment. Their first game ‘Push’ is an easy-to-use, casual online board game where you can compete with your friends in a stylish turn-based browser environment. The second game ‘Tight Lines Fishing’ will be released soon.

When did you and your partners have the idea for Socialspiel and what made you choose to focus on games for social networks like Facebook and Hi5?

The idea for Socialspiel took shape early March 2010. Around this time I got to know our angel investor. After 10 years of console game development I wanted to try something new; I’ve always had a keen interest in online games and online communities of all sorts, but I also wanted to work in smaller teams on smaller projects. Social games seemed to be the perfect opportunity to combine both aspirations, and so far I have no regrets.

Facebook was the obvious choice because of its importance as a gaming platform, and the knowledge we had of this platform compared to others. At the same time, we looked into other options such as smaller social networks where competition was not that big. In the end we were able to secure a partnership for our first game Push with Hi5.

How did you finance the start up-phase of Socialspiel and who invested?

To be able to get Socialspiel started, I scraped together some of my savings and our angel investor provided us with the rest.

What were the main stumbling blocks during the first year of Socialspiel and would you have done something differently from today’s perspective?

In general the development of the technology, and understanding the platforms and social games as a whole took quite a bit longer than we had initially planned. It was of great importance to us to have that first title out to understand the difference from ‘classic’ game development. We are still learning new things on a daily basis and I am happy to say that the development of our second title is already going a lot smoother. There are a couple of things I would do differently though, for example I would spend more time figuring out the platform before starting to develop the game. I would probably also choose a different type of game with a stronger focus on the single player as a first release.

What makes Socialspiel unique or better than other social gaming companies out there?

I believe our experience in the games industry is of great advantage. Most of us have a quite extensive console development background. Social games are getting more complex and bigger in scope. Technology is also advancing. Due to our know-how we are very comfortable with this progression and are not easily daunted. Additionally, we put a big effort into standing out when it comes to the presentation of our games. We want our games to have an original, unique touch.

When are you going to launch your second game ‘Tight Lines Fishing’ and what can gamers expect?

Tight Lines Fishing is currently in closed beta. I can’t give you a specific date yet, but I can tell you it is very close to going live. As the name suggests, it is a fishing game where players follow the foot steps of their great uncle to become a legendary fisherman or fisherwoman. The game is a blend of familiar social game features such as collecting, world and avatar customization, gifting, etc. Furthermore it will have a world to explore, tons of stuff to unlock and competitive fishing tournaments.

Do you have any future plans to develop browser-games which could
be played outside of social networks?

Currently we focus primarily on socialnetworks. We do have a couple of ideas for mobile games, but we have nothing concrete planned at the moment.

Where do you like to see Socialspiel by the end of this year in terms of monthly active users?

Over 500k MAU would be good. Close to a million would make us very happy.

How many people are working for Socialspiel at the moment and are you hiring right now?

We have five full-timers plus three people who are freelancing for us
on a regular basis. We are not hiring right now, but we plan on growing our team later this summer.

What has been your experience so far of Vienna as a location to start up a gaming company and attract talented developers?

Very good actually. The quality of living in Vienna is very high, the city is constantly rated as one of the top three cities to live in worldwide and there is quite a bit of local talent available, both experienced developers and young talent from universities. Vienna has international flair and the flight connections are quite favorable as well. The biggest downside is probably the lack of specific grants for game development, which is a shame really, as games are among the biggest media in the world. There are some initiatives to change that though, and I am optimistic that there will be some movement in that regard in the years to come.

By the way: You can find out about other interesting startups from Austria in this list.

THQ Nordic continues its expansion with the acquisition of Bugbear Entertainment, Coffee Stain Studios, and Expeditions

10 European video game startups to watch in 2018 and beyond