Cupid plc, the Edinburgh (UK) based online dating company, has announced the acquisition of 75% of the German OnlineLiebe GmbH and the WomenWeb GmbH earlier this week – for a total of €2.75m. The two companies are run together by the same Munich based team, which is led by the founder Andreas von Maltzan. Maltzan is one of the pioneers in the German dating market, having established Neu.de, which became one of Germany’s most popular dating sites and was sold to Meetic in 2007. Andreas von Maltzan will continue to run the German sites and join the management team of Cupid.

OnlineLiebe GmbH is a recently created provider of niche online dating sites such as Zuckerjungs.de, Zuckerdaddys.de, Gayjz.de and others. Their most successful site, Zuckerjungs.de, was founded 2010 and has become one of the leading dating portals in the ‘Cougar’ dating niche in Germany as well as in Austria and Switzerland – where the sites are called Zuckerburschen.at and Zuckerjungs.ch respectively.

The remaining 25% of the two German businesses is owned by a combination of Media Ventures GmbH and Andreas von Maltzan. Media Ventures GmbH, owned jointly by Dirk Stroer, of Deutsche‐Boerse‐listed Stroer Out‐of‐Home Media AG (SAXG.DE), has agreed to inject a multi‐million Euro advertising budget into billboard advertising in Germany for the sites over the next three years.

In relation to this purchase a mechanism has been agreed to value both companies at 1.7 times revenues, should Cupid wish to purchase the remaining 25% of the equity in both companies. This option can be exercised by Cupid, at its sole discretion, between 1 January 2012 and 31 December 2014. The combined businesses delivered revenues of approximately €0.85m in 2010 and a loss of €0.18m. The acquisition is expected by Cupid plc to be earnings neutral in 2011 and earnings enhancing in its first full year. 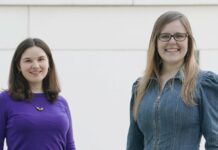 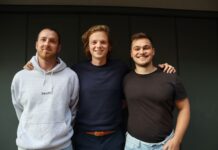