Comuto S.A.S., a Paris based provider of carpooling platforms just launched its UK subsidiary which was named BlablaCar. Aside of the French and English platforms, Comuto S.A.S. also operates a Spanish carpooling website (comuto.es). The three platforms are somehow a combination of a travel site and a social network for drivers and passengers willing to carpool. Drivers post details of their planned trips at a suggested price and potential passengers heading the same way search for a specific trip then choose whether this fits with what they are willing to pay.

So far, over 1 million people have shared 5 million trips on the Comuto platforms. According to the young company, drivers save an average of 80 % on the cost of their journey – a driver doing a regular long distance commute each week (e.g. London – Manchester) could save as much as £500 per month. The name BlablaCar comes from drivers and passengers rating how talkative they are. Bla means “not very chatty”, Bla Bla stands for “likes a natter” and Bla Bla Bla means “won’t shut up”.

Comuto S.A.S. was founded in 2006 and has recently announced that it is growing by over 50,000 users every month. To find out more about BlablaCar, just watch their latest commercial: 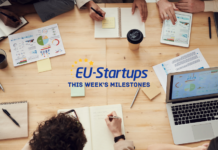