It took the Berlin based Affinitas GmbH (creator of eDarling) about 2 years to become one of Europe’s leading online dating enterprises. Today it has announced another service for singles, which is scheduled for the end of June. The new website named betterDate is launched with the slogan “Simply better dates” and is supposed to reach the broad public through an upcomming TV campaign.

The new portal addresses those singles willing to take care of their search themselves. “At betterDate, we paid special attention to functions concerning completion and maintenance of one’s own profile as well as to those functions making browsing other profiles more fun,” says Sabine Würkner, head of the project.

In technological terms, betterDate is an independent platform and was built completely new by the Affinitas GmbH. By the end of June at the latest, interested test users will be able to explore an alpha version of betterDate’s basic functions. The alpha version assists in testing the site and enables adding further features according to users’ feedback. The launch of a beta version is scheduled for the end of July and in August, the new service is supposed to embark on its permanent presence online. Apart from that, a TV campaign is planned as well as the expansion into those markets where eDarling is represented already.

According to Affinitas, eDarling is in no competition with the newly developed site. “Despite the fact that more and more singles ask for a matchmaking based on scientific findings, there will always be 2 types of singles in the online world: Those who appreciate matches proposed by the online dating agency and others who rather search themselves,” Lukas Brosseder founder and managing director of eDarling says. “So far, we weren’t able to offer an appropriate service to the latter group. This will be different from now on.”

Moreover, betterDate is expected to become the company’s innovative platform, which then could be used to intensify the presence in social networks and on mobile devices. Similar to eDarling, in the medium term, betterDate will be financed through premium memberships. During its launch, though, the service will be free of charge. 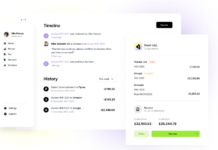