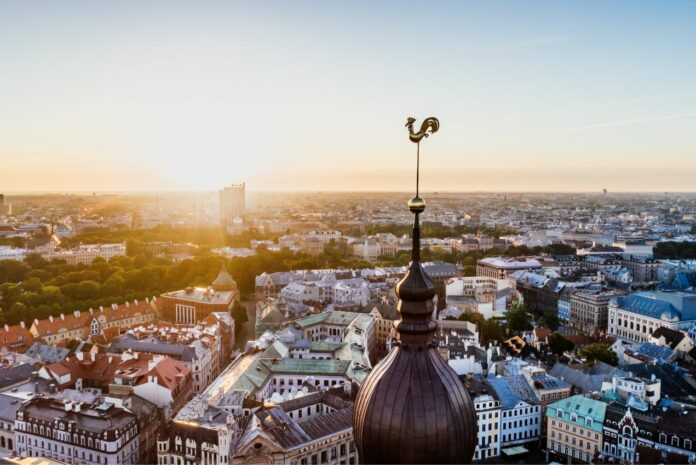 Each month, over 0.5 million people visit Cherry, Beta.lt and Grupinis.lt sites to discover new offers by restaurants, spas, concert organizers, travel operators and benefit from steep discounts which may be as high as 70% from the regular price. More than 1300 merchants across Estonia, Latvia and Lithuania have used this unique and extremely effective advertising channel to promote their goods or services so far.

The merged company had a gross turnover of €940K in March and it commands over 50% market share in the Baltics among similar companies. All three companies were owned by founders and private angel investors, and the merger was completed through stock swap.

“We were very quick to find a common language with our Lithuanian partners as we share common background and passion to this business. This is true merger of the equals,” said CEO of Cherry Media Priit Tomp.

“Our pan-Baltic merger creates an undisputed leader of this industry. It allows us to exchange the best practicies, carry out pan-Baltic campaigns and be very strong partner to our customers and merchants,” said Aldas Kirvaitis, co-founder of Grupinis.lt.

The daily deals business model originates from the US, where it was pioneered in 2008 by Groupon, the fastest-growing company in internet’s history. Similarly, the Baltic daily deals companies have achieved almost €1 million in monthly gross turnover in less than one year. Never has any Baltic internet company achieved such turnovers so fast.

Over less than 12 months, the merged company has sold 424,000 vouchers for goods and services, saving over €6.3 million for customers and creating steady flow of new customers to merchants who have used this sales channel. In certain cases, Cherry was able to sell 20% of the merchant’s annual business volume in one day.

“We are on course to become the largest Baltic internet company in 1-2 years time. We have already passed Delfi, if compared by turnover,” said Andres Susi, the co-founder of Cherry Media.

Cherry was founded in April 2010 by Andres Susi, a partner in MTVP venture capital company, as well as Priit Tomp, Cherry’s CEO, and Marius Andra, lead developer and several other co-founders. They were joined by Allan Martinson, the Managing Partner at MTVP and co-founder of the Baltic News Service and Delfi, as well as Janis and Normunds Bergs, prominent Latvian technology investors.

Cherry opened its Latvian site in February and achieved the number two position in the Latvian market in less than 3 months. Cherry.lv is headed by Girts Slavins, the former CEO of the largest Latvian social network draugiem.lv.

The companies will continue using the same brands after merger: cherry.ee, seller.ee and cherrygift.ee in Estonia, cherry.lv in Latvia, beta.lt and grupinis.lt in Lithuania. The company’s board will consist of 5 members: Allan Martinson, Priit Tomp, Andres Susi, Aldas Kirvaitis and Ilja Polivanovas. The merged company now employs 45 people across the Baltics.

By the way: You can find out about other interesting startups from Latvia in this list.

Stefano Bernardi
Stefano Bernardi, who was born and raised in Italy, started his career as an investment analyst for dPixel. In 2011, he moved to San Francisco where he became the first employee (and wild card) at Betable – a real-money gaming platform.
RELATED ARTICLES
Interviews