Vente Privée founder: Why not €10 billion of sales? 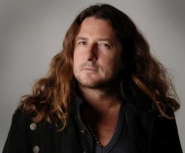 The legendary founder of Vente Privée, Jacques-Antoine Granjon, just gave an interview to DirectorsOf.com. He founded Vente Privée in 2001 and is worldwide known as the pioneer of the private flash sale. More and more companies are trying to follow his model of buying leftover designer stock and selling it at discounted prices to members. In this current interview he describes, why he thinks most of these young companies will fail: “They create offers they can’t sustain. They may have raised money through private equity and have smaller margins but this will disappear. If you’re not good, after 3 years you will fail. (They’re) finance guys who think short term and want to build and sell. I want to build and build.”

Jacques-Antoine Granjon still sees a lot of potential for the growth of his Paris based Vente Privée. In the interview with DirectorsOf.com he stated self-confidently: “We are doing over 1 billion. If we are good we can develop the company so why not €10 billion of sales?”